Sadly my experience with berries (beyond blueberries and strawberries) is pretty limited. In fact, it is so limited that I rarely eat them down here in San Diego because the ones we get are often either bland or ridiculously tart. Somehow a mouth full of eye watering, cheek puckering, slightly mushy, slightly fibrous fruit that is going to stain your hands and mouth, just isn’t that appealing. Call me crazy. 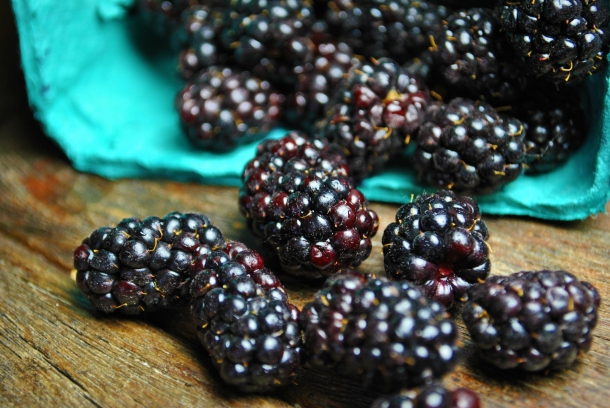 I’ve been dying to take a trip up to the Northwest United States to really get my hands on some fun ones, but it just hasn’t worked out. Little did I know, traveling just a few hours north to Santa Monica, did the trick. Murray Family Farms was at the market with four kinds of cherries, two blueberries, a blackberry and an olallieberry. No joke, I stood there tasting berries for 10 minutes, then came back again for another round. (This is during the few moments when I wasn’t hoarding peaches in my bag.) 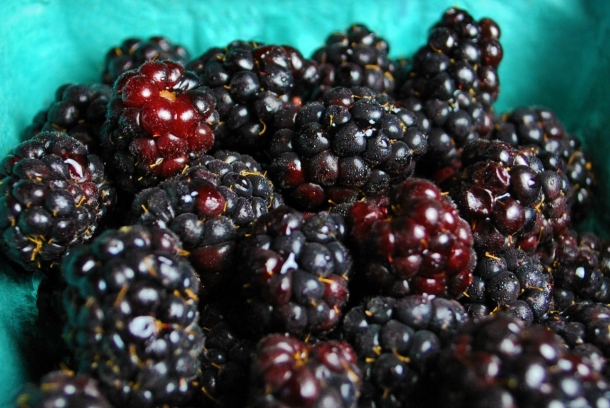 The olallieberry won out as the best of the lot, partly because it was so tender and sweet that it just melted against the roof of my mouth. And partly because I’d never had one before. Oh, and partly because of the name “olallie”. I was so excited to offer people some olallies. Such fun! Doesn’t hearing it make you want to do a little jig or something?

My daughter wasn’t quite as smitten because she isn’t all that impressed with fruit in general and thought I was offering her a lolli (pop). She basically glared at this little bundle of black dots in horror. I couldn’t have cared less though; more for me!

No discernible aroma (full disclosure: I have very fragrant peaches and guavas in the house. So really if there is a slight scent, I wouldn’t know it.)

Gorgeously soft and juicy with tiny seeds and fiber here and there.

Slightly tart, but with a lovely, rounded full berry flavor.

I love these berries. They are really well balanced with just the right amount of tart and sweet. This is what I always want store-bought blackberries to taste like and they never, ever do.

The workers at the market told me that olallieberries are a hybrid berry with no additional varieties. There is only one! This felt like a great relief to me. I have finally eaten ALL of the available varieties of a particular fruit. This must count as meeting some kind of goal in the fruit nerd world. Right? Apparently they are a cross between a loganberry and a youngberry (I’ve never had either one). And those are crosses of raspberries, blackberries and dewberries. It got confusing, so I looked to Wikipedia, who helped with this awesome chart. Problem solved. 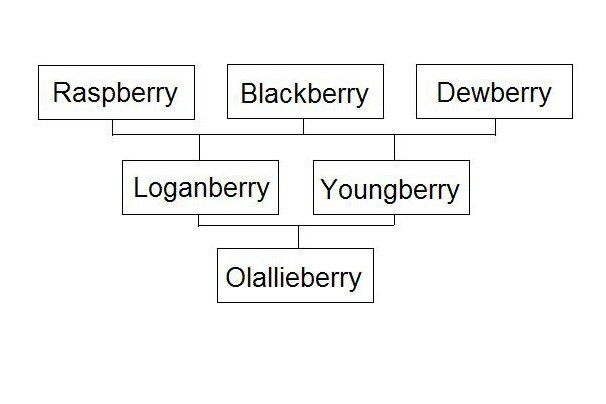