I don’t generally (meaning never before) post recipes of anything other than cocktails. It’s not because I don’t like to cook great food. I definitely do, although I do it less because I enjoy the process of making the food and more because I live for the moments of eating the food. But mostly I don’t post recipes because I don’t make things up like that. I follow directions. I measure. I weigh. I am exact. Oh I may tweak here or there because I’m making something wonderful like chicken cacciatore and forgot to buy chicken. Something like that. But I do not make stuff up on purpose. My cooking style is a fascinating cross between an accountant and the Swedish Chef. I’ve also been known to mutter a bit during the process and to forget what I’m doing. I think it’s a little like an Indiana Jones movie: shenanigans the whole time and while you believe he will get to the goal, you really have no idea how that is going to happen. Adventure! 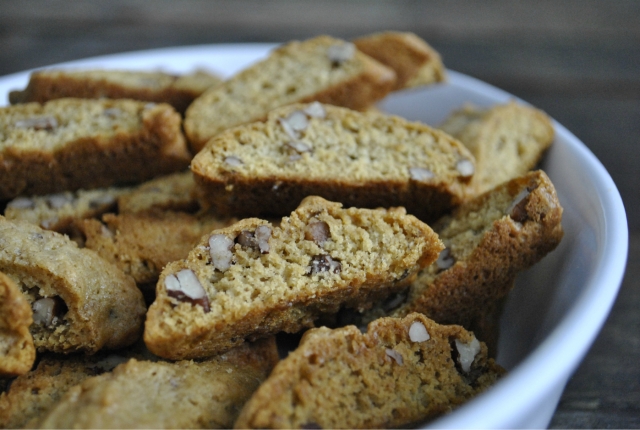 So that’s what happened this weekend. I was invited to a lovely tea party hosted by Alice Q. Foodie and was instructed on the invitation to bring some cookies to share. I didn’t plan ahead so I didn’t have time to do something fussy like I normally do with little desserts. But I did have a bag full of white sapote on the counter because I needed to replace the awful photos that were on the post I put up a few years ago. Wondering what I could do with them that would show off my foodie street cred, I started scouring the internet. I didn’t turn up much in the way of sapote recipes, which makes some sense because truthfully they are amazing eaten right out of the peel, so there really is no reason to do much more with them. But I was determined.

Eventually I stumbled upon this banana cookie recipe and figured I could substitute sapote and gave it a go. As is almost everything I attempt in the kitchen it was way fussier and messier than I had anticipated and at first turned out just ok — a little cakey for my liking in a cookie.  So I sliced them up and cooked them again and suddenly I had a delightful little spiced sapote biscotti. I ate quite a few with my cup of coffee this morning while realizing that I completely forgot to take photos of the raw whole fruit. Ha! Typical.

Next time I will likely dip these cookies in some white chocolate because that just seems like the right thing to do. Let me know if you try this recipe. I think they would work with cherimoya, atemoya, sapote and of course banana.